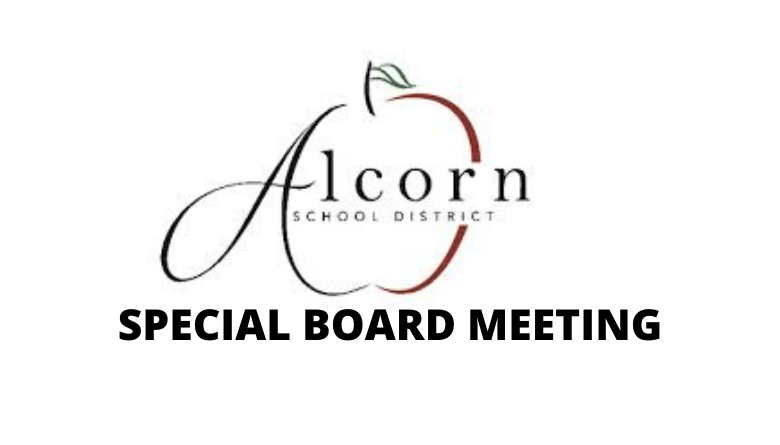 A special called meeting of the Alcorn County School district will be held tomorrow with limited input from outside stakeholders due to the Coronavirus outbreak.

The district announced the meeting will be live streamed.

A Special Called meeting of the Board of Directors of Alcorn School District will be held March 20, 2020, beginning at 12:00 PM at Alcorn Education Center Board Room.

The subjects to be discussed or considered or upon which any formal action may be taken are as listed below. Items do not have to be taken in the order shown on this meeting notice. Unless removed from the consent agenda and placed under discussion / action, items identified within the consent agenda will be acted on at one time with no discussion.

Two items on the agenda that many local parents and stakeholders feel should be open to more public discussion is a large expenditure on athletic facilities that go towards just one school and a student transfer policy.

The board is set to award a contract valued at nearly $2 million that goes towards athletic facilities at Alcorn Central. The money will be used for upgrades to bleachers, hitting facilities for baseball and softball, plus new concession stands/press boxes.

Also as part of the agenda is a discussion over a recent policy involving children going to school out of district. Numerous parents have voiced their desire to be heard on this issue, but with a limited amount of attendees they feel they won’t get that chance.

Under normal circumstances, the public would get more of an opprtunity to be heard by the board and to be there in person.