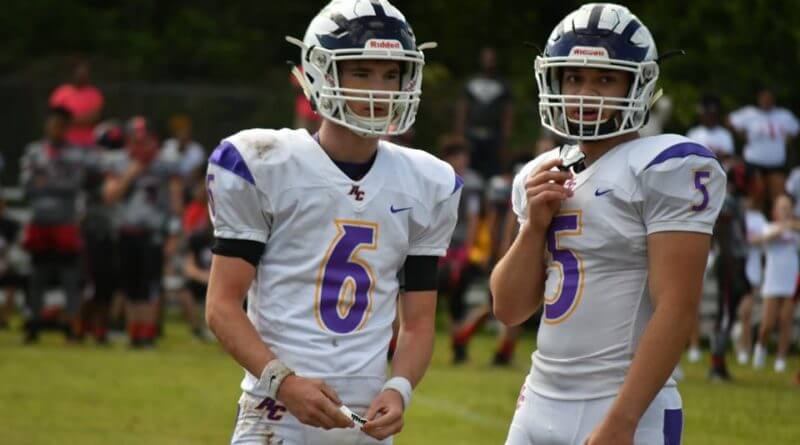 Alcorn Central Football has come a long way in recent years, despite the non-reflective season record. Last year, the Bears struggled to find favor on the scoreboard after finishing the season 1-9 with their only win coming from Mantachie on Homecoming. Injuries were a big deal for the squad last season. Players battled knee, shoulder, and head injuries all throughout the year. However, the Bears competed well against some strong teams

The strong fan base of ACHS noticed a change in attitude and a change in culture surrounding the program even after continued ailments. Head Coach Matt Meeks came in as the top boss at the end of the 2017 season after the spot was left vacant by Brandon Cherry. Meeks main goal when he took the job was to grow guys to men and, of course, win some football games. Meeks told me that it takes a special mentality to fight it out under those Friday night lights. That was his first goal.

He said he spent much of the past year trying to develop a winning mentality. This development not only includes play coverage but weight training and team building. “When these guys see their results in the weight room, it motivates them to train harder,” said Meeks. That was his first step to strengthening the culture.

His second step started with the two other elements that make up a Friday night: the band and the cheerleaders. He met with Band Director Betty Patterson and Cheer Coach Amy Smith about how success depends on each others ability to work together. Meeks mentioned that he was probably the first football coach in a long time to ever step foot into the band hall.

Of course, it takes more than lifting weights and having support to win football games. Mentality was his main focus. He, and the other coaches, listened to several players make excuses for a multitude of issues. To them, that was a big issue. Meeks, being a history aficionado, told the guys about a famous Spanish Conquistador by the name of Hernando Cortez. He assembled a group of men and set out on a voyage to conquer the Aztec Indians. In search of motivation for his crew upon arrival to the Aztec empire, Cortez instructed his generals to ‘burn the boats.’ He said, we either take the island or we die. Don’t let those boats hold you back from being successful.

Meeks told his guys this story for a reason. He wanted them to ‘burn their boats.’ He knows that great things are ahead of his guys if they will get rid of all those lousy excuses, stop listening to those negative comments, and quit tearing each other down. Meeks believes that most of his guys have burned their boats and are looking forward to hitting the gridiron once again. To him, that was a victory in itself.

The Bears have picked up two new teams to their division after losing North Pontotoc and Mantachie. This year the Golden Bears will see the Panthers of Amory and the Tigers of Nettleton in their division lineup. Both teams are primarily a spread style team. The Bears rely heavily on the run game. Although, new quarterback Jacob Leatherwood has been working hard during the off-season to give the AC team more variety in the playbook after last years leading scorer Kam Rorie moved to running back for this season. Blake Doran and Charlie Staley will help round out the skill positions.

The Golden Bears take action Friday night, August 23 against the Rebels of Thrasher. The game will be at Golden Bear Field on the campus of Alcorn Central High School. You can livestream the game on Mixlr through ACHS PawTalk. Kickoff is at 7:00.
The rest of the Alcorn Central Football schedule and game themes can be found on the school website at http://www.alcornschools.org/o/alcorn-central-high.