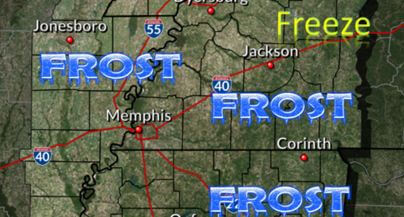 Alcorn County, along with much of north Mississippi, is under a frost advisory according to the NWS in Memphis. The timing is over night, early morning Monday.

According to the NWS:

A Frost Advisory remains in effect across a larger area of the Mid-South including Northeast Arkansas, the Missouri Bootheel, much of West Tennessee and North Mississippi. .DAYS TWO THROUGH SEVEN…Monday through Saturday A Freeze Warning and Frost Advisory covering portions of the Mid- South will remain in effect until 9 AM CDT Monday morning. 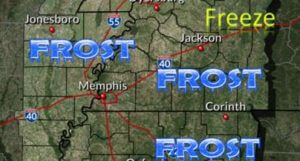