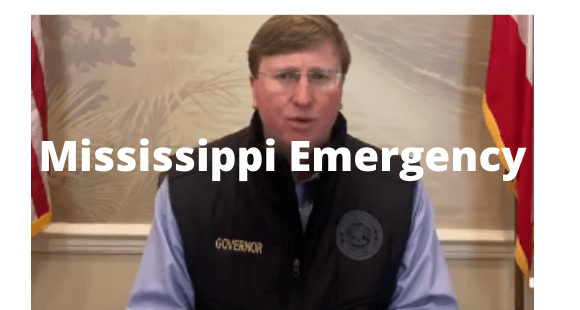 State Sen. Dean Kirby, the Senate president pro-tempore, leaned back in his office desk chair on Monday afternoon and updated the Rules Committee about negotiations between Lt. Gov. Delbert Hosemann and Speaker Philip Gunn about whether to postpone a legislative session for the first time in recent history.

“We really don’t know what’s going on,” Kirby said, minutes after returning from a closed door meeting in Hosemann’s office that included Gunn and Rep. Jason White, the House speaker pro-tem. “(Gunn and Hosemann) are trying to work some things out. We’ve obviously got a serious situation, but we’re checking with legal staff to make sure we’re doing everything properly.”

For several hours on Monday afternoon, Republican and Democratic lawmakers at the Capitol wondered aloud why the legislative session had not been postponed as the COVID-19 virus spreads in the state, and as health and government officials have suggested avoiding gatherings of more than 10 people. Democratic House and Senate leaders and the Legislative Black Caucus publicly asked Monday afternoon that legislative leaders postpone the session.

Gunn and Hosemann began having conversations about whether to postpone the legislative session last Thursday, after state health officials confirmed the state’s first positive coronavirus cases and legislatures in other states opted to shut their own statehouse doors.

Mississippi lawmakers meet once a year to pass new legislation, amend existing legislation and pass a budget to fund government operations. The current legislative session, which began in early January, is not scheduled to end until early May.

But as this year’s key budget and tax bills begin moving through the building for the first time this week, postponing the session could mean a delay in funding for key government services. If legislators did suspend the session, they would have to come back in time to pass a state budget for the upcoming fiscal year, which starts July 1.

Legislative leaders and their staffs continued meeting behind closed doors on Monday to weigh postponing the session as pressure to do so mounted from members of both chambers.

Sources close to the discussion told Mississippi Today that leaders are considering passing at least one bill that would address certain issues around the state caused by coronavirus responses. One key consideration of that legislation would be waiving penalties for expired driver’s licenses after Gov. Tate Reeves ordered closed the state’s license bureaus.

Another piece of legislation being considered, the sources said, is moving money from the state’s Rainy Day Fund to create a multimillion dollar fund that state leaders could dip into as needed to respond to the novel coronavirus outbreak. Several other states have set up such funds in recent days as the virus spread.

If the Legislature votes to suspend the session, it would be unprecedented in the modern era. There have been times where the Legislature recessed at the scheduled time without resolving conflicts and had to come back weeks later to hash out differences.

The state’s top health officials on Monday told Mississippians to avoid crowds of more than 10 people as the coronavirus spreads in the state. At any given time during a legislative session, more than 400 people are inside the Capitol building, including 174 lawmakers, their staffs, Capitol police, lobbyists, reporters, pages and visitors from around the country and world.

Late last week, Mississippi legislative leaders tightened rules about who can be inside the state Capitol. Gunn announced to the House floor that anyone who has business inside the Capitol — including reporters and lobbyists — could return to the building, but guests and other visitors would be barred from entering the building. Hosemann, however, announced to the Senate stricter guidelines, including no lobbyists.

The confusion from legislative leaders trickled down to Capitol Police officers guarding the main entrances to the building. One officer told Mississippi Today on Monday afternoon he had been instructed not to let lobbyists into the building. A Mississippi Today photographer who displayed a current Capitol badge was turned away at the door on Monday afternoon. Several lobbyists also said they were barred entrance Monday, but other lobbyists were allowed in the building, adding to the confusion about who was allowed inside.

The struggles in deciding how the Legislature should deal with the pandemic were obvious from the actions of both chambers on Monday afternoon.

The Senate took up no items on Monday afternoon and quickly adjourned for the day. Minutes after lawmakers left the building for the day, Kirby mused to Rules committee members: “I’m not sure we meant to adjourn for the day, but it is what it is at this point.”

Just before he was getting ready to adjourn the session for the day Monday, Gunn told House members that business as usual with precautions would continue at the Capitol. He said he had been in communications with state Health Officer Thomas Dobbs, who “led me to believe it is OK to continue to meet.”

Gunn added: “I am going to take my cue from Dr. Dobbs. As long as he says it is OK to meet, we are going to keep plugging away.”

But just before adjourning, a member of Gunn’s staff came to the speaker’s podium, and they had a conversation. He then asked for a recess, leaving House members waiting on the floor.

That’s when Gunn walked with his chief of staff, Trey Dellinger, and White, the House speaker pro-tem, to Hosemann’s office. The three stayed in Hosemann’s office for about five minutes before leaving from a back door and avoiding reporters.

After more than an hour, Gunn came back to the House floor and told members they would convene again Tuesday at 10 a.m. Asked afterward if his earlier comments still stood, Gunn said: “We will continue to monitor the situation and evaluate.”