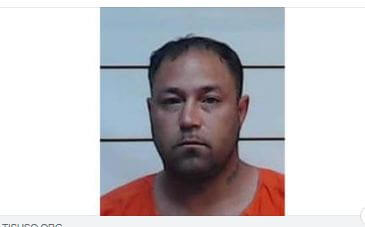 A recent drug arrest led to the recovery of a gun reported stolen by the Corinth Police Department.

From the Tishomingo County Sheriff’s Office:

On June 2, 2019, Tishomingo County Sheriff K9 deputy conducted a traffic stop on a vehicle on HWY 72 in Burnsville for improper equipment.  During the stop, other deputies assisted in the stop and could smell an odor of alleged marijuana coming from the vehicle and noticed that the occupants in the vehicle were acting suspicious.  The K9 was deployed and alerted on the vehicle and the occupants were removed.  A further search by the K9 turned up a large amount of alleged heroin hidden in a compartment of the passengers’ door.  A firearm was also recovered from the vehicle that was reported stolen by the Corinth Police Department back in 2014.  All three occupants were transported to the Tishomingo County Jail.