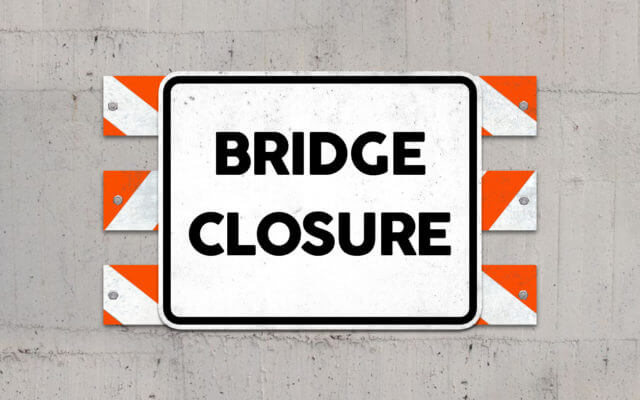 The S Tate street bridge is closed for repair work.

The South Tate St (old 45s) bridge, near Cardinal Dr is totally closed. Estimated time for repairs, that I received, was a couple months. I’m sure that’s with weather permitting.

Anyone traveling North or South on S Tate St, remember to take an alternate route. Thanks and hopefully it will be back opened soon.

See image of the closed bridge via Butler below.