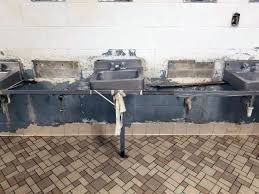 The U.S. Department of Justice has opened a civil rights investigation into four Mississippi prisons.

“The investigation will focus on whether the Mississippi Department of Corrections adequately protects prisoners from physical harm at the hands of other prisoners at the four prisons, as well as whether there is adequate suicide prevention, including adequate mental health care and appropriate use of isolation, at Parchman,” the Justice Department said in a statement released Wednesday.

DOJ is conducting the probe under the Civil Rights of Institutionalized Persons Act (CRIPA), which gives it the authority to investigate violations of prisoners’ constitutional rights.

“We are grateful that President Trump’s administration has taken a focused interest in criminal justice reform and that they care enough about Mississippi to engage on this critical issue,” said Renae Eze, a spokesperson for Gov. Tate Reeves, in an emailed statement. “As we continue our own investigations, we look forward to cooperating with them and working together to right this ship. We welcome them to this mission. More people working together to solve it will be better than just a few.”

A spokesperson for the Mississippi Department of Corrections did not immediately respond to requests for comment.

The state’s correctional system has received significant public scrutiny after deadly violence among prisoners broke out beginning New Year’s Eve. At least sixteen people in state custody have died since Dec. 29. Multiple reports of decrepit facilities, staffing shortages, gang activity and fights between prisoners have circulated since; many of those allegations are centered around Parchman.

Multiple civil rights groups, joined by U.S. Rep. Bennie Thompson, called for a federal investigation into the state’s prison system in a letter to DOJ’s civil rights division last month, arguing that Mississippi has failed to protect prisoners from harm, leading to deaths and serious injury.

Since taking helm of the governor’s office mid-January, Reeves has announced a series of changes to Parchman, including screening correctional officers for gang affiliations, cracking down on contraband cell phones and beginning the process of closing Unit 29.

Conditions inside Unit 29 at Parchman became so perilous in January that former Gov. Phil Bryant, in his final days in office, spearheaded the signing of a $2.1 million contract with CoreCivic, a private prison company, to house state inmates for a period of 90 days. Reeves, the current governor, will decide whether to extend that contract or sign new ones with private prison companies to house state inmates.