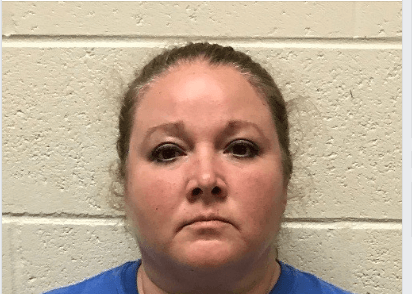 Cuellar is accused of embezzling cash payments meant to pay bonds for people to be released from prison. Simpson County government officials reported Cuellar to the Auditor’s office after she failed to deposit any cash payments into the proper bank account for several months, and investigators found a backlog of cash and check bond payments in her desk waiting to be deposited when they responded to the complaint. Records show over $16,000 missing from January 2017 to October 2018.

“In times like these, it is important for the law to continue to be enforced. Just as we would still arrest someone for robbing a gas station right now, we must also continue to enforce the law when someone steals from government,” said State Auditor White.

Cuellar voluntarily surrendered to Special Agents at the Simpson County Jail on Tuesday. Bond was set at $30,000 by the court. She has since been released from custody.

“While this embezzlement did not occur during the COVID-19 emergency,” said White, “people often use natural disasters or emergencies as an opportunity to perpetrate fraud. Those people considering this road need to understand: we are still watching. It’s more important than ever that taxpayer money be spent on legitimate purchases, not end up in someone’s pocket illegally.”

If convicted, Cuellar faces up to 10 years in prison and $25,000 in fines. All persons arrested by the Mississippi Office of the State Auditor are presumed innocent until proven guilty in a court of law. District Attorney Sullivan’s office will prosecute the case.

Multiple surety bonds cover Cuellar’s time as an administrative assistant at the sheriff’s office, so it is likely there will be a significant recovery of funds in this case. A surety bond is similar to insurance designed to protect taxpayers from corruption. Cuellar will remain liable for the full amount of the demand in addition to criminal proceedings.