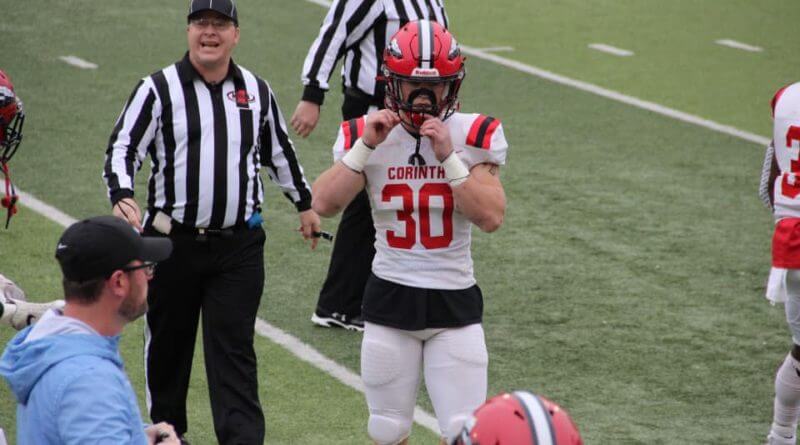 Corinth’s Carter Bonds continues to rack up postseason awards like he has racked up tackles throughout his career.

The Senior linebacker, the 4A Defensive player of the year, was named to the MaxPreps 1st team all state team.

Class 4A defensive player of the year by the MAC. He had 178 tackles, 16 tackles for loss and three sacks.

Bonds has also picked up a pair of college offers after dominating the 4A title game with a believed to be state record in a championship game 34 tackles.

Bonds was the only Alcorn County player named to the MaxPreps team.