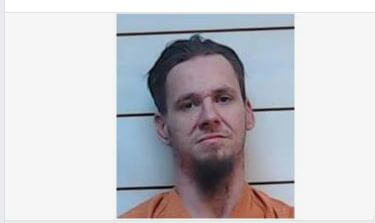 From the Sheriffs department:

The Tishomingo County Sheriff’s Office would like to inform the public of an inmate that has escaped from a work detail.  The inmate, STEPHEN EDWARD HANCOCK, was with the road crew picking trash off the side of CR 958 in Tishomingo County.  HANCOCK was seen by corrections officers running into the nearby woods and officers immediately locked down the other road crew inmates and notified the sheriff’s office.  Deputies and Corrections Officers are currently in the area looking for HANCOCK.

HANCOCK is being held at the Tishomingo County Jail for the City of Booneville.  HANCOCK was charged for misdemeanor offense of DOMESTIC VIOLENCE by the Booneville Police and has been at the Tishomingo County Jail since the middle of March.  HANCOCK is NOT considered armed or dangerous but officials advise to use caution if they spot HANCOCK and immediately notify 911.