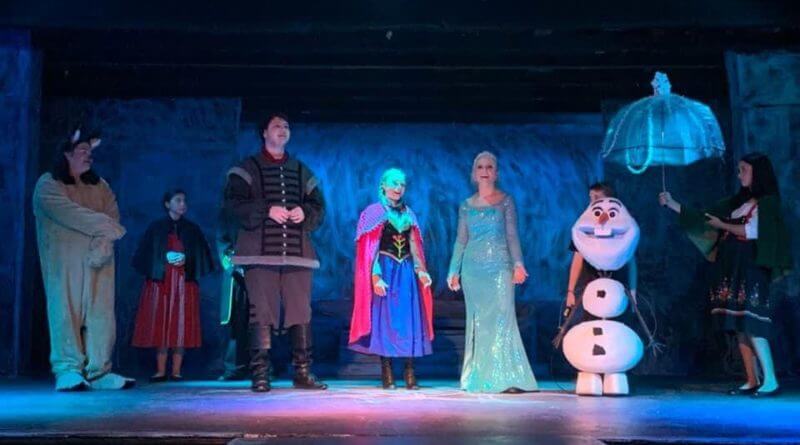 Six months ago, Corinth Theatre-Arts had their largest ever turnout for a production when over 120 students representing 19 different communities in Tennessee, Mississippi and Alabama showed up to audtion for a spot in Frozen Jr.

Since then, the Theatre and their Resident Director, Josh Steen, had to change the way that practice was handled and even how the show was delivered.

“Our initial plan was to hold the production at the Coliseum in downtown Corinth. I knew that demand for this show was going to be high,” Steen said.

His intuition about the desire of the public to see the show was accurate.

The Frozen Jr. production sold out all 8 showings, the first show at CTA to do so.

After the cast was chosen, “the most talented students in the Southeast. We have future Broadway actors in this show” according to Steen, the students had to switch gears to online rehearsals due to COVID-19.

“Their talent is what drove me to keep this process going until a time I thought was safe enough to do the show,” Steen said of what pushed them to continue working on the production.

From a socially distanced sellout first showing, to online-only ticket sales, creating their Shakespeare group and launching their weekly web series “Going Off Book” the Theatre appears to have handled the challenges presented to them as well as possible.

“Art is never easy,” Steen said of the challenges the theatre has faced. “I love a great challenge, and I challenged us to not only keep what we were doing alive, but come out stronger and we seem to have.”