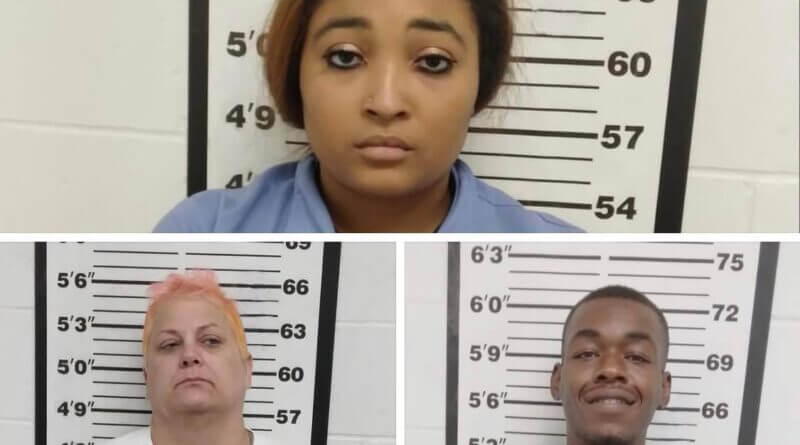 Three additional arrests were made related to the body of a man found murdered in rural Alcorn County recently.

The body was found on CR 182 was identified as 22 year old Quantavis T Fernando of Horton St. Corinth. Based on information gathered during the investigation, it appears that the crime took place between 1:00 a.m. and 4:00 a.m. on Sunday May 1, 2022.

Courtland Alexander Bradley 25 of New Albany, MS was initially arrested for the murder.

From the Alcorn County Sheriff:

Update to the ongoing investigation of the May 1st Murder of Quantavis T Fernando.

Also on May 4th Alcorn County Investigators arrested Keayrah C Edmontson 21 of Corinth. Edmontson the girlfriend of suspect Courtland A Bradley was also charged with Accessory after the fact to Murder. Edmontson is being held in the Alcorn County Jail with bond set at $100,000.00.

On May 6th with assistance of the Corinth Alcorn County Swat team Alcorn County investigators conducted a search warrant at 1404 Horton St. Corinth. During the search warrant Officers served an arrest warrant for Lamon D West Jr. 29 of Corinth. West has been charged with Murder and is awaiting an initial appearance in Justice Court.

Sheriff Caldwell would again like to commend the work of the investigators and all officers involved. We would also thank the citizens of Corinth, and Alcorn County for reaching out to the sheriff’s office with information about this investigation.