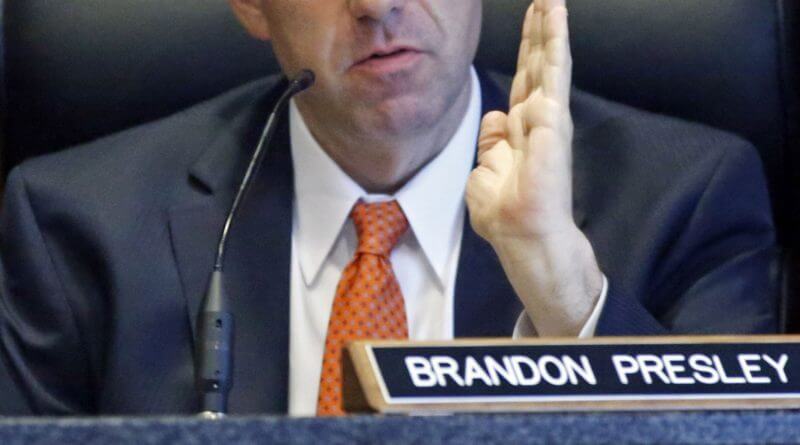 Mississippi Public Service Commissioner Brandon Presley, who also serves as the president for the National Association of Regulatory Utility Commissioners has called upon its members to review the current rates of inmate calling that is allowed.

The NARUC published a press release that echoed the words of a recent letter by the Federal Communications Commission Chairman Ajit Pai. The commissioners believe the current rates do not encourage family engagement and hinders successful reentry of incarcerated people back into everyday society.

The entirety of the press release can be found below.

WASHINGTON (July 23, 2020) — The National Association of Regulatory Utility Commissioners agrees with a recent letter from Federal Communications Commission Chairman Ajit Pai on the issue of exorbitant inmate calling rates and is urging its member state commissions to review inmate calling rates in their respective jurisdictions.

“These exorbitant rates discourage family engagement, communication and hamper the successful reentry of incarcerated persons. We are asking all of our members to take a comprehensive review in their jurisdictions around these rates and take action where warranted. We agree with Chairman Pai on the importance of inmates’ access to reasonable calling rates. Safety, reliability and reasonable rates are at the core of our members’ public service mandate.”

“We commend the FCC for its actions aimed at capping interstate rates. NARUC has been a leader in fighting the problem of exorbitant rates and passed an inmate calling resolution in 2012 noting that “family members and friends of inmates must bear the burden of above-market rates. Today, we are renewing our commitment by asking our members to review inmate calling rates in their states, where they have jurisdiction or influence.”

“Due to the varying nature of state jurisdictions, many of our members do not have authority over these rates. In many cases, state-level corrections officials hold and negotiate these contracts outside the purview of state public service commissions.”

“Nonetheless, we are asking our members to review these instances and act, where appropriate. The mothers, fathers, children and — many times — the clergy of incarcerated people are punished for wanting to communicate with a loved one by these excessive rates and out-of-control contracts.”

“NARUC will also reach out to state governors and corrections officials and ask that they review these contracts. I am asking Chairman Pai to join me in co-signing these letters to governors and state officials. Furthermore, I will personally reach out to my fellow Mississippian, Sen. Roger Wicker, and urge him to endorse legislation aimed at reducing this unfair burden on millions of families across the country.”
NARUC President Brandon Presley
Commissioner, Mississippi Public Service Commission