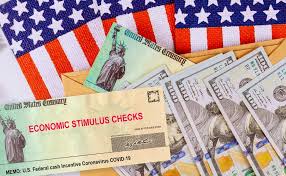 On Monday, the GOP revealed their plans for the second coronavirus relief bill to help offset some of the economic hardships that have been laid upon the American public due to the COVID-19 pandemic.

The plan presented by republicans in the Senate sat at a price tag of $1 billion dollars. Included in this is more direct payments to citizens, virus testing funds, and relief to schools that prepare to reopen in the coming weeks.

However, the extra unemployment payments would be slashed from $600 to $200 per week. This is something that republican lawmakers have been insistent on as to not persuade the public to not seek a job that would pay less than unemployment.

The release of this plan more marks the beginning of discussions and negotiations with democrats than an actual solution. This comes on the heels of Nancy Pelosi’s $3 trillion coronavirus relief plan.

CARES Act II would dish out a second round of $1,200 payments, but it would also lower the income cutoff to $99,000 per household and $75,000 for a single individual. Unlike Pelosi’s plan, this round of payments would not include an extra $1,200 per child in the household.