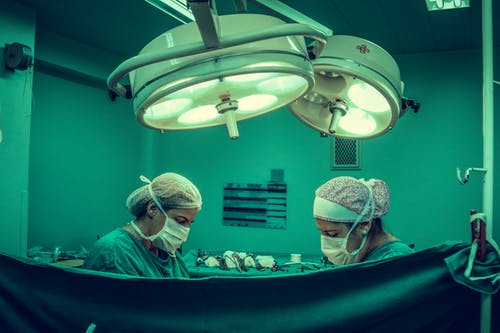 ProPublica is a Pulitzer Prize-winning investigative newsroom. Sign up for The Big Story newsletter to receive stories like this one in your inbox.

The country’s top employers of emergency room doctors are cutting their hours — leaving clinicians with lower earnings and hospitals with less staff in the middle of a pandemic.

TeamHealth, a major medical staffing company owned by the private-equity giant Blackstone, is reducing hours for ER staff in some places and asking for voluntary furloughs from anesthesiologists, the company confirmed to ProPublica. Multiple ER providers working for a main competitor, KKR-owned Envision Healthcare, said their hours also are being cut.

Even as some hospitals risk running out of room to care for COVID-19 patients, demand for other kinds of health care is collapsing. This irony is straining the business models of hospitals and the companies that staff them with doctors and other medical professionals.

Most ER doctors aren’t direct employees of the hospitals where they work. Historically, the doctors belonged to practice groups that contracted with the hospitals. In recent years, private-equity investors started buying up and consolidating those practice groups into massive staffing companies.

But by assigning fewer hours to doctors and other providers such as physician’s assistants and nurse practitioners, the companies are effectively paying them less. It also means that some hospitals have fewer clinicians working in the ER at a time.

“These actions are unacceptable and unnecessary,” Scott Hickey, president of the Virginia College of Emergency Physicians, said in a statement. “This is very likely the ‘calm before the storm’ of critically ill patients entering hospitals with COVID-19 symptoms. Who will be there waiting to save those lives?”

The steepest cuts so far have occurred at Alteon Health, whose private-equity backers are New Mountain Capital and Frazier Healthcare Partners. The company says ER visits are down as much as 40% nationwide. In addition to the benefits cuts that ProPublica first reported on Tuesday, Alteon is furloughing some clinicians for 30 days to six months and won’t guarantee any hours for part-time employees, according to company memos obtained by ProPublica.

“Anyone not willing or unable to share the burden will need to be terminated to preserve employment for those who really feel part of our team and care about their coworkers,” one manager wrote.

Alteon said its ER doctors and clinicians in places that are inundated with COVID-19 patients are working longer hours and being paid more. “We are doing all we can to provide the support to the people who are on the front lines of this fight right now and ensure we have resources for those who may be called on to do even more when surges come to their areas in the future,” the company said in a statement to ProPublica.

In an earlier statement posted on Alteon’s website, CEO Steve Holtzclaw said ProPublica’s earlier article “mischaracterized” Alteon’s actions, saying, “We have not cut clinical rates for providers in the field.” In fact, ProPublica reported that Alteon wasn’t cutting rates but was cutting hours, and fewer hours at the same rate amounts to lower earnings.

“It was worded in a way to make it sound like we weren’t affected by this, but by cutting our hours we are,” said an ER clinician who works for Alteon and has had hours reduced in a hospital with coronavirus patients. (The clinician, like others interviewed by ProPublica, spoke on the condition of anonymity because company policy prohibits their speaking publicly.) “When they’re saying clinician pay is not affected, it certainly is. That was a straight lie.”

The clinician added: “Health care workers are being applauded in the streets, and we are being stepped on by them.”

TeamHealth initially told ProPublica that it was “not instituting any reduction in pay or benefits.” However, the company is in fact paying some clinicians less in the form of reducing their hours. The company provided a new statement saying “we are not instituting any reduction in rate of pay or benefits as our emergency physicians face current challenges.”

An ER clinician who works for TeamHealth said, “I probably wouldn’t have complained as this situation is unprecedented, but to see TeamHealth blatantly lying is infuriating.”

TeamHealth said it has reduced hours in some markets but is maintaining staffing above current demand in anticipation of a future surge of COVID-19 patients. While the company is asking anesthesiologists to take furloughs that may be mandatory if there aren’t enough volunteers, TeamHealth said it’s also looking for ways for anesthesiologists to use their skills to help out in emergency rooms or intensive care units. Blackstone declined to comment.

While some ERs in New York are overflowing with coronavirus patients, in many places people are staying home instead of going to the hospital. Studies have repeatedly shown that much of the care provided in the emergency room is for non-life-threatening issues.

“We always try to match our clinician coverage to our patient flow and we have done our best to do the same in this unpredictable time,” Amer Aldeen, US Acute Care Solutions’ chief medical officer, said in a statement. The company has not laid off, furloughed, reduced pay rates or cut benefits for any employees, Aldeen said.

Two clinicians working for Envision Healthcare said they were experiencing reduced hours. The company and its owner KKR did not respond to repeated requests for comment.

At SCP, salaries for nurse practitioners and physician’s assistants will decrease in line with reduced hours, the company said in a memo on Thursday. Employees who don’t accept the change will be terminated, the memo said.

“We know that this time is also difficult and uncertain for each of you, and we want all employees to be able to focus on getting through this time with as little worry as possible about their pay and benefits while avoiding unnecessary exposure to COVID-19,” SCP executives said in the memo. “SCP Health is using its reasonable best efforts to retain all team members at this time in light of this unforeseeable pandemic.”

SCP spokeswoman Maura Nelson said the company is dealing with a 30% drop in patients nationwide while the patients its providers are treating are more seriously ill. “We are calibrating our clinical coverage accordingly, so that we can address more flexibly the needs of our client hospitals,” Nelson said. “This was a necessary adjustment as we weather this crisis, together.”

Hickey of the Virginia physicians group called on staffing companies to take advantage of relief in the recent stimulus packages such as the Paycheck Protection Program and Medicare Accelerated and Advance Payment Program. But Alteon said it had already taken into account those relief measures before cutting compensation and benefits. “We have factored these actions into our plan,” Holtzclaw said in his message to employees on Monday.

The pandemic’s strain on the economics of the health care industry is not limited to private-equity-backed staffing companies. Hospital operators are also announcing layoffs and pay cuts. Dallas-based Tenet Healthcare said it would furlough 500 staff members and borrow money.

“We have this crisis going on where hospitals need as many people as possible, and at the same time hospitals have to cut their budgets,” said Brandon Jones, a nurse anesthetist and part-owner of a practice group called Greater Anesthesia Solutions in the Phoenix area. “Doctors are being sidelined or they’re being let go completely.”

While Jones’ colleagues are out of work for elective surgeries, he said they’re redeploying their skills to help treat COVID-19 patients — in particular by intubating them for breathing machines, which puts providers at a high risk to catch the virus. They’re wearing hazmat suits donated by a nearby nuclear power plant, Jones said, and they’re helping out even when they can’t bill for it or stand to make much less than normal.

“We’re going to do it because it’s right,” he said.