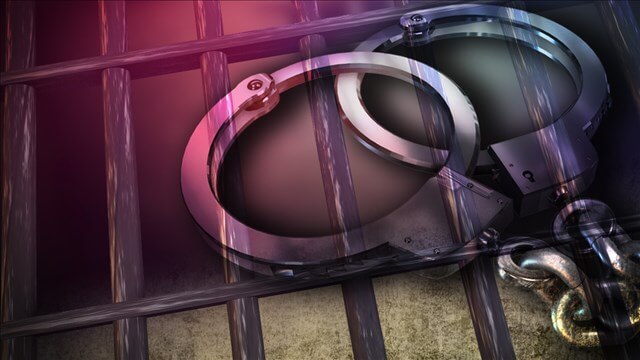 In what may be the first case of its kind in Illinois, a man who walked into a busy gas station store after posting on Facebook that he had been ordered to self-isolate because of coronavirus symptoms now faces criminal charges of reckless conduct.

The 36-year-old man, who had stopped in the store so his 4-year-old son could use the bathroom, was recognized by an employee who had gone to high school with him and saw his social media post. After the man left, the employee alerted her supervisor, who then called authorities.

The incident at The Gas Station, a convenience store in Sainte Marie, a town of 250 people in southeastern Illinois, reflects the heightened anxieties about the coronavirus pandemic and attempts to halt its spread. Store employees and county officials said the man acted carelessly by ignoring medical advice and putting others at risk.

“That individual entered into a Jasper County business and was clearly not self-isolating,” Chad Miller, the state’s attorney in the county, said in a press release. Miller alleged that the man’s actions “showed a willful and wanton disregard for the safety of others.”

But the man said he feels fine, stayed away from people at the store and is being unfairly singled out. If he can be charged with a crime, he warned, everyone else should be on alert that they could be next. He was not tested for the virus, he said.

“I feel like I am being railroaded over something and being made an example,” said Jason Liddle, of Olney. The state’s attorney did not identify him, but Liddle agreed to talk with ProPublica Illinois. Liddle said he learned of the misdemeanor charge against him on a community Facebook page Friday. He received official notice of the charge and a summons in the mail Monday.

The state’s attorney and county Health Department officials declined to comment through their offices.

The criminal charges come as Illinois remains under Gov. J.B. Pritzker’s stay-at-home order that has closed all schools, dine-in restaurants and nonessential businesses in an attempt to stem the spread of the novel coronavirus.

Governors in at least 26 states have issued stay-at-home orders, affecting 229 million people, but enforcement of those orders has been sporadic. A New Jersey man who hosted a party at his home Friday night was issued two disorderly persons tickets, and in North Carolina, four men were arrested while protesting outside an abortion clinic. An Indiana man charged with drunken driving last week also was charged with disobeying the state’s stay-at-home order, and a California man was fined $1,000 for surfing in defiance of beach closures there.

The Jasper County case is different in that the man was not charged with violating the statewide shutdown order, which applies to everyone. Pritzker has previously acknowledged enforcement of the order is difficult and not “an option that anyone prefers.”

Nadav Shoked, a professor at the Northwestern University Pritzker School of Law, likened the Jasper County case to those of people charged criminally with exposing others to HIV.

“This case is unique because it is a person not just violating the order and thereby endangering himself and us in general, but somebody arguably specifically endangering someone else,” Shoked said.

Constitutional law professor Steven Schwinn said state and local authorities have the power to enforce stay-at-home and self-isolation orders, though there are “practical impediments” to doing so.

“I don’t think anybody is really wildly excited about imposing a fine or some other criminal punishment for violating an isolation or quarantine order,” said Schwinn, who teaches at UIC John Marshall Law School.

“In a different situation, if we weren’t dealing with COVID-19 and someone walked into a convenience store with a cold and started coughing, could they be arrested? Maybe, but probably they wouldn’t be,” he said. “In this environment, yes, they probably can be.”

The Jasper County case began when Liddle, who lives in neighboring Richland County, posted on his Facebook page a note from a medical professional stating he couldn’t go to work and had to stay home for 14 days, until April 5, because of “possible COVID 19 illness.”

Liddle said he was having chest pains and was told to go to a respiratory clinic. The nurse practitioner who saw him said he couldn’t get tested for the novel coronavirus because the tests were being reserved for health officials and the elderly, he said. There are no reported COVID-19 cases in Jasper or Richland counties, according to state health officials.

Three days after getting the isolation orders, on March 25, Liddle and his family were driving to his in-laws’ home, about 30 minutes away, when they stopped at The Gas Station so his son could use the bathroom. He said it was the only time he has left the house during his self-isolation.

“I took him to the restroom and took him out. I didn’t think anything of it,” Liddle said. “I didn’t get close to anyone, just my son.”

Ashton Osborne was working at the store when Liddle walked in, she said in an interview. She had recently seen his Facebook post with the note from the medical provider.

“He knew coming out in public was not a good idea to do,” Osborne said. “So the moment I saw him,” she said, “I got hold of my boss and told her.”

Osborne said the gas station was the “busiest it had been in days.”

“We have elderly people who come in here. It is a small, homegrown town, and it is an old, old town with old people,” she said. “I have been checking my temperature every few hours just to make sure and if I see any signs myself I will stay home.”

That evening, The Gas Station posted on its Facebook page that it was “bleaching every surface” in the store and, without naming Liddle, called his behavior “absolutely unacceptable.”

Liddle, a satellite TV installer, said he obeyed the order by staying home from work during the isolation period. “I didn’t even realize there was a crime I was committing,” said Liddle, who says he has never previously been charged with a crime. “I am not out there robbing anyone or committing a crime. I get up every day and go to work — or I used to.”

He said his symptoms never worsened, and he feels confident he doesn’t have the virus. He said he doesn’t understand why he’s being charged. He said he never was interviewed by the state’s attorney or other law enforcement.

“I am not trying to downplay the fact that this is something major. It is very concerning for a lot of people,” Liddle said. “I get that people are afraid, but I am not going to go out and willingly get people sick.”

Liddle, who was charged Friday, has been ordered to appear in court in May, court records show.

If convicted, he could face a maximum fine of $2,500 and up to a year’s imprisonment.

“I am not releasing this information in order to cause panic which is why names and locations have been excluded, however, I want Jasper County residents to know that public health is something I take very seriously and blatant acts of disregard for others safety will not be tolerated,” Miller wrote. “Stay safe, stay healthy, wash your hands, and [let’s] all continue to pray and care for each other.”