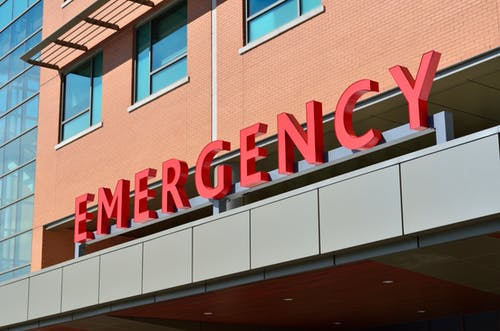 At one New York City hospital, a doctor’s used mask tore as she performed CPR on her infected patient.

In Seattle, a nurse compares walking into her intensive care unit to bathing in COVID-19.

And in St. Louis, a nurse slips her used N95 mask into a paper bag at the end of her shift and prays it’s disinfected properly.

These are scenes playing out in hospitals across the country, based on interviews with over a dozen residents, doctors and nurses who go into work every day feeling unprotected from the disease they’re supposed to treat.

Nearly a month into the declared pandemic, some health care workers say they’re exhausted and burning out from the stress of treating a stream of critically ill patients in an increasingly overstretched health care system. Many are questioning how long they can risk their own health. Some are falling sick themselves, and even dying. In many hospitals, the pandemic has transformed emergency rooms and upended protocols and precautions that workers previously took for granted.

“It’s like walking into Chernobyl without any gear,” said Jacklyn, an ER doctor at a New York City hospital who asked to go by her middle name for fear of being fired over speaking out.

At her hospital, 90% of patients have COVID-19, but health care workers get only one N95 mask every five days.

“We’re constantly breathing in everything that’s aerosolized because of all of the procedures that we’re doing,” the New York City doctor said.

Coronavirus can spread easily through droplets during close interactions such as coughing and talking. It can also stay on some surfaces for days. During certain procedures, the virus becomes aerosolized and can linger in a room for longer periods. In such cases, health care workers are directed to take “airborne precautions” and wear N95 masks or another kind of respirator.

She said she’s baffled by how unprepared the government and hospitals are for this moment.

The day Jacklyn shows up to the hospital and there are no N95 masks, she said, she’ll refuse to work.

With a nationwide shortage of protective equipment, many hospitals are limiting how often nurses and doctors can get new masks and devising ways to stretch supplies.

“Whoever is disinfecting these masks, are they trained to do this? Is someone supervising? Where are they doing it and how?” wondered Sophia Rago, an ER nurse based in St. Louis, about her hospital’s policy.

Rago said she gets only one surgical mask and one N95 mask for three shifts in a row. Afterward, she places her gear in a brown paper bag and writes her name on it.

“You give it to somebody and they are supposed to be disinfecting it between your shifts,” she said. “Do I trust that? No! It can be disheartening to have that feeling of uncertainty that you are not going to be protected.”

Much of the anxiety felt by front-line health care workers stems from the ever-shifting federal guidance that in some cases later turned out to be wrong.

For example, in the early days of the pandemic, the Centers for Disease Control and Prevention had narrow criteria for screening suspected coronavirus cases, which was later broadened as the virus spread in the U.S.

The CDC still recommends, in cases where N95s aren’t readily available, that a simple surgical mask will suffice for health care workers unlessthey’re doing procedures that cause aerosol spray from the patients, such as intubating someone. It was only last week that the agency changed its guidelines and told all Americans to cover their faces with masks or cloth when in public.

Health care workers are distrustful of recommendations that, many said, appear to err on the side of less than what they require for protection. They point to the CDC’s recommendation to use a bandana or scarf as a last resort if masks run out.

“I don’t care what the CDC guidelines say. If your nurses feel uncomfortable in a certain area, you should give them what they need,” said Ramona Moll, a nurse who works at UC Davis Medical Center in Sacramento, California.

Moll said she contracted COVID-19 in mid-March after treating a patient suspected of having contracted the coronavirus. She believes the exposure happened when the older patient with dementia became combative and tried to bite her. At the time, Moll was wearing a surgical mask, goggles, gloves and a gown, but no N95 mask. Her gear was in line with CDC guidelines.

“The hospitals need to take responsibility for the fact that they did not take care of their nurses. They did not have N95s available,” she said.

Her hospital disputes her account. Spokesperson Edwin Garcia said there were no COVID-19 patients at the hospital at the time and that it has “dedicated, full-time teams that are committed to infection prevention and keeping our employees safe.”

The lack of protective gear is one piece of a mosaic of stress that comes with caring for COVID-19 patients.

There are the 12- and 13-hour shifts in uncomfortable masks, the many unknowns of the disease and difficulties screening for it, the fear of getting infected or accidentally infecting another patient and the sadness of watching people die alone.

At an underresourced community hospital in Los Angeles, a nurse practitioner, Marie, has a plastic bag in her car in which she stashes her used N95s for the day her hospital may run out.

“I’ll spend the majority of my shift trying not to have a panic attack and then come home and fear going back to work,” she said. “If this goes on for weeks and weeks and things only get worse, I just don’t know how I’m going to be able to handle it.”

She asked to use her middle name because her hospital has warned employees not to speak publicly; some workers have been reprimanded for critical social media posts.

Marie has lost 3 pounds in a week. Once she puts her mask on during a shift, she won’t take it off and, thus, avoids eating. The bridge of her nose is cut open from wearing it on her face for hours at a time. The lack of preparation has her considering leaving nursing after the pandemic passes.

“I have dedicated my life to treating other people,” she said. “And yet when I’m in need, I’m not provided with what I need. It’s like an abusive relationship.”

Health care workers across the country and the globe are sharing selfies of their bruised faces from wearing N95 masks.

“It is a long six hours to be in all that gear,” said Amanda Adams, a travel nurse who works at an ER in the New York City suburbs. “I try to put aside my emotions and cheer up the patients. Meanwhile, I am thinking, which one is going to give it to me and am I going to get sick?”

Once Infected, Who Takes Care Of The Health Care Worker?

Already, front-line workers are falling ill and feeling they have to choose whether to risk their lives to save others.

At least 40 U.S. health care workers in the U.S. have died of COVID-19, according to Medscape. Some of them were young and early in their careers.

“That also increases the fear. That it’s hitting young people,” said Dr. Roy Akarakian, an ER resident at Henry Ford Hospital in Detroit. “I’m worried and afraid about the overall situation. This is something we’ve never seen before.”

Akarakian has already survived the virus — one of more than 730 employees of the Henry Ford Health System who have tested postive since tracking began on March 12.

In Seattle, Edward, an ICU nurse, said he developed flu-like symptoms and shortness of breath last month, after treating COVID-19 patients. He decided to stay at home out of caution, while he waited for his test results. Seven days passed before he learned he was positive.

“It was just really hard and nerve-wracking,” said Edward who works at Swedish Medical Center, and is using only his first name because he’s afraid of losing his job for speaking publicly.

While in isolation and recovering, he was required to use his own vacation and sick time. After learning he had COVID-19, he said, his employer “tried to pin those results on something outside the hospital” — probably, Edward said, because the hospital provides fully paid emergency administrative leave only if you can prove you caught it on the job.

“I did not feel supported at all,” he said. “Their main concern was trying to explain away my positive results as community-acquired.”

In a statement, Swedish said “it’s grateful for our caregivers’ unwavering commitment to our patients and the selflessness they bring to work every day to ensure our patients and community are safe.”

Tiffany Moss, a hospital spokesperson, also noted Swedish provides 80 hours of full-paid emergency time off for workers affected by COVID-19 — no matter where they were exposed to the virus — but only after infected employees exhaust vacation and sick time.

When Edward got the green light to go back to work, his co-workers seemed afraid to be near him.

“When I would tell people, they would physically back away from me, they would question whether I should be at work,” he said. “It was hard to go home at night and deal with those emotions.”

This story is part of a partnership that includes NPR and Kaiser Health News.

Kaiser Health News (KHN) is a national health policy news service. It is an editorially independent program of the Henry J. Kaiser Family Foundation which is not affiliated with Kaiser Permanente.