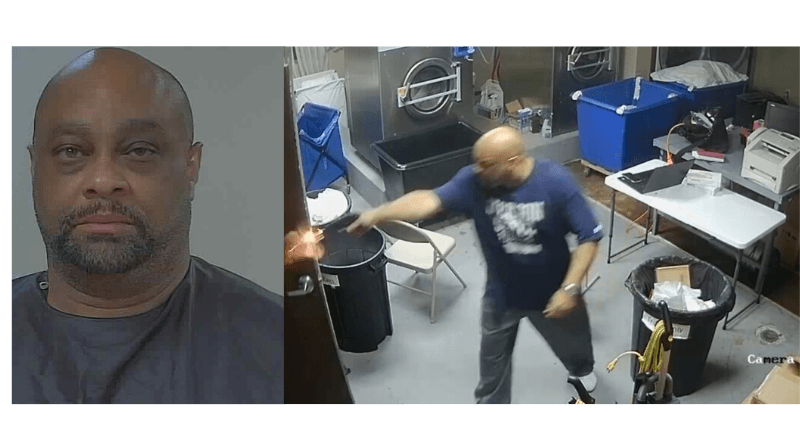 From the Byram, Mississippi department after a man was arrested and chartged with attempted murder and kidnapping late last week:

The Byram Police Department has arrested Willie Roy Robinson (44 y/o from Satinwood Dr, Jackson), for shooting his estranged girlfriend at the Holiday Inn Express in Byram.

Just after 10:00 pm on Thursday, May 7, 2020, Byram Police Officers responded to reports of a possible active shooter at the Holiday Inn Express located on the West Frontage Road in Byram. Officers arrived to find a female that had been shot multiple times. The victim was able to identify Robinson as the assailant. Robinson fled the scene prior to the arrival of officers, but later turned himself in to Byram Police Detectives. The victim was transported to a local area hospital for treatment of her injuries.

Owners of the Holiday Inn Express continue to work with Byram Police Detectives to assure their guests that this was an isolated incident and guests and employees are safe.

Robinson was booked and transported to the Raymond Detention Center on charges of Attempted Murder and Kidnapping. Additional charges may be filed. Robinson is being held with no bond awaiting his initial appearance in Byram Municipal Court.