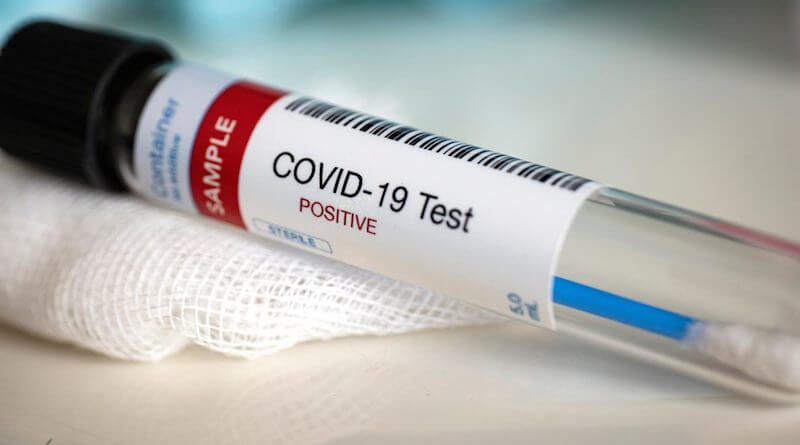 Mississippi currently has the highest COVID-19 hospitalization rate in the nation, at 31 percent, according to states’ health department data gathered by The COVID Tracking Project.

Based on numbers the state health department released Wednesday, 333 patients have been hospitalized so far and 22 people have died. Since the state started regularly updating hospitalization rates, Mississippi has consistently remained among the top three states of about 40 states consistently reporting hospitalization data. As of Wednesday, Oklahoma and South Carolina rank just behind Mississippi, at 30 and 27 percent, respectively.

Mississippi also has the 14th most hospitalizations in the nation, data show.

Gov. Tate Reeves issued a shelter-in-place order for the entire state Wednesday, saying the order is the best way to alleviate strain on the health care system and give the state time to prepare for coming COVID patients.

State health officer Thomas Dobbs echoed Reeves, reiterating gatherings are the cause of most known cases. “We need to use this tool (shelter-in-place) to slow things down such that we can process patients through the system safely to provide all patients what they need,” Dobbs said. He added that the order is meant to prevent overburdening the system now so the state can “adequately resource the health care system” for current and future patients. “It’s the right time,” he said.

State and commercial labs running tests in Mississippi are prioritizing testing for hospitalized patients and those with severe symptoms. That could partially explain the high rate, if tests are clustered among patients already in the hospital and those who are most sick,or who are likely to be.

The state has run 4,785 tests as of March 31, and officials estimate private labs have run about the same. Commercial lab testing data and more detailed statewide data showing county or demographic information for individual tests has not been provided.

Testing has been ramping up with state-sponsored free pop-up testing tents, as well as at clinics around the state, and officials warn that identified cases will only grow as the number of tests do.

A model from the Seattle-based Institute for Health Metrics and Evaluation projects that total deaths in Mississippi will not peak until May 28, with 1,098 deaths total.

In mid-March, Harvard’s Global Health Institute released modeling data for every hospital region in the nation. Jackson, the state’s biggest hospital region and the only with Level 1 trauma care, needs to increase hospital bed capacity to meet COVID needs in a moderate spread scenario, data show.

According to Harvard’s projections, if 40 percent of the state is infected before September, Jackson would need 4,403 hospital beds — the equivalent of 224 percent of the city’s current capacity. Intensive care beds in Jackson would need to more than double, or increase by over 540 beds. If the same number of infections were spread over 12 months — a “flatter” curve assuming slower growth — the city’s overall hospital bed demands would still be 112 percent of current capacity.

Statewide, Mississippi Today’s capacity analysis estimates Mississippians would have access to about 1,500 ICU beds, including in Memphis and Mobile, Ala.

In Harvard’s models, only Meridian and and Oxford would not need to expand current capacity. But Lauderdale County, where Meridian is located, is currently seeing unanticipated surge — from zero to 39 cases in one week — enough so that Reeves issued a shelter-in-place order for the county earlier this week and the state dispatched a testing center Wednesday.

The new models released this week, which are being used currently by health officials across the nation, project ICU beds and ventilator use will peak in Mississippi in 21 days, on April 22, if current social distancing remains in place.

That projected peak estimates 3,974 hospital beds will be needed, with 602 of those ICU beds, and 482 ventilators.

The model projects 340 beds will be available at any given time in the state due to historical use — which should taper off slightly based on mandatory postponement of non-urgent care — estimating the state will be short 262 ICU beds at peak capacity toward the end of the month. These projections are slightly less than Harvard’s model but are based more on Mississippi’s current spread rather than global spread estimates.

The numbers of ICU beds can fluctuate, as State Health Officer Thomas Dobbs has suggested over the recent weeks. Federal health care regulators like the Centers for Medicare and Medicaid and U.S. Department of Health and Human Services have largely relaxed regulations over the past weeks, allowing hospitals and states to make-shift care settings how they need to fit the emergency.

Though Dobbs did not provide numbers and the state health department’s website does not break down hospitalizations by bed type or equipment needed like some other states, he estimates 5 percent of COVID-diagnosed patients need ICU care, which tracks with national estimates. Of those generally 75 percent of ICU patients need ventilators, he said. Using those estimates, about 54 of the current hospitalized patients are in ICU beds and 40 currently need ventilator care.

In the past few days, Dobbs and Reeves have looked to shuttered hospitals and military bases as potential care settings. Although the staffing and equipment make an ICU bed fit for high-level care, the bed itself can be transitional, they’ve said.

Equipment, however, is more difficult to transition. For weeks across the nation, hospitals have decried an equipment shortage, relaying they don’t have enough personal protective equipment, or PPE, or ventilators to care for the growing surge of patients. The new model projects 496 ventilators will be needed at peak. The state has not made clear how many ventilators are on-hand, but by mid-March, larger hospitals across the state that responded to Mississippi Today’s survey, averaged about 45 ventilators each.

Officials reiterated Wednesday that more equipment is coming, including PPE, ICU space and ventilators, but declined to provide specific numbers. The state has enough ICU beds and ventilators for current patients, Dobbs said, but added numbers change quickly. “This (order) is buying us time,” Reeves said, adding that it will help not only to slow spread but allow for more manufacturing capacity for supplies. “If you comply and do your part over the next two weeks, we’ll be able to slow this spread.”