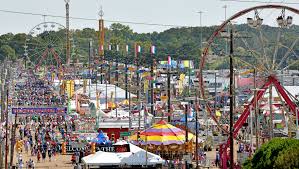 On Thursday, it was announced that the annual Mississippi State Fair will still be held despite COVID-19 concerns due to the ongoing pandemic.

Agriculture Commissioner Andy Gipson stated that the COVID-19 prevention regulations being practiced around the fairgrounds will be what allows the fair to go on as scheduled.

“We’re utilizing the same counting technology that for example Disney World does. We have a maximum number of people who be on the 105 acres at any one time.”

Gipson believes the guidelines put into place will allow the state fair to be the cleanest in the country. Rides will also be sanitized between each use.

The state also believes it is imperative that the fair is held due to the possible $80 million loss in revenue for the state around the fair.