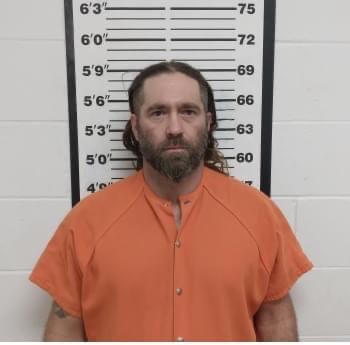 On Saturday, 21 January at approximately 12:31 a.m., Officer Oglesby was monitoring traffic on U.S. Highway 72 when he observed a pick-up truck traveling with an inoperable tag light. Officer Oglesby then initiated a traffic stop as the vehicle turned onto Cemetery Drive.

While Officer Oglesby was interviewing the driver, Christopher Baldini, he noticed Mr. Baldini was acting very nervous, visibly shaking, and fidgeting with the seat. For officer safety, Mr. Baldini was directed to exit the vehicle to continue the interview.

Mr. Baldini was then placed under arrest and transported to the Alcorn County Jail where he was booked in for Possession of Drug Paraphernalia, and traffic violations, and he was later charged for Felony Possession of Controlled Substance (Methamphetamines). The narcotics were processed into evidence and will be transported to the State Crime Lab for confirmation testing.

The felony drug charge will be presented to an Alcorn County Grand Jury and the misdemeanor charges will be handled in Corinth Municipal Court.