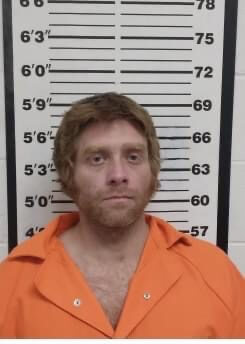 On Saturday, 21 January at approximately 10:53 a.m., Officer Fred Washington was patrolling on Meigg Street when he observed a vehicle pulling away at a high rate of speed. Officer Washington closed the distance and initiated a traffic stop.

Mr. Burrell was then directed to exit the vehicle and was asked if he had anything else illegal on his person, to which he replied he had some marijuana in his pocket. As Officers started their search to retrieve the marijuana from Mr. Burrell’s pocket, he further volunteered that he had some methamphetamines in his pocket as well. Officer Washington then retrieved the marijuana and methamphetamines and placed Mr. Burrell under arrest. Officer Washington further collected the crack pipe from under the driver seat as well.

The felony drug charge will be presented to an Alcorn County Grand Jury and the misdemeanor charges will be handled in Corinth Municipal Court.