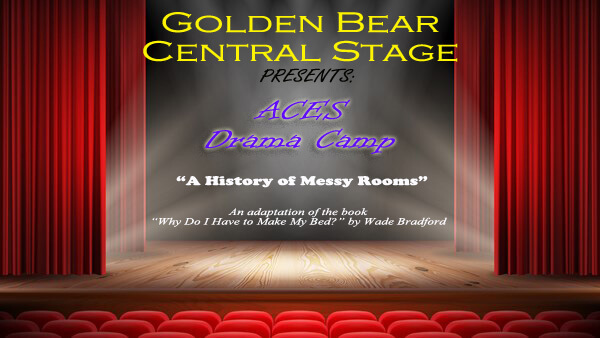 Making your bed in the morning can be a daunting task for some folks, especially those young ones.

Twila Bridges, Director of the ACHS Drama Department, and her drama club students joined together to provide theatre training for those students in the third and fourth grade who have an interest in theatre.

This week, ten third and fourth grade students met with high school drama kids after school to “learn the ropes.” They were very excited to learn about stage directions, costuming, props, pantomiming, and, of course, acting.

Mrs. Twila was able to find a free script by the title of “A History of Messy Rooms.” The script itself is based on the children’s book “Why Do I Have to Make My Bed?” by Wade Bradford. It tales the long line of family history where each and every small child encountered is faced with a seemingly big issue: making their bed. According to the story line, the problem dates way back to the prehistoric times of the cave people.

Each elementary participant represented a character from back in time. We got to see the product of some great costuming work. All of the actors’ peers thoroughly enjoyed watching their classmates laugh and have fun. The teachers were also very proud of their fantastic work!

Mrs. Twila said that drama camp is a great way to expose these young students to the art of theatre. She hopes that they all continue to stay involved in theatre, so they can be members of the high school drama club one day.

ACHS Drama will be hosting a drama camp for the fifth and sixth grade during the week of September 9.