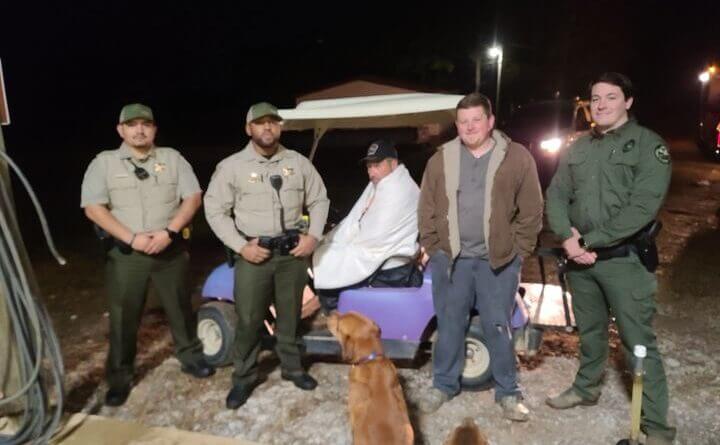 A Tippah County resident was rescued by Alcorn County police officers and a Mississippi Department of Wildlife officer after his boat malfunctioned and left him stranded in near freezing temperatures.

From the Alcorn County Sheriffs Department:

At Approximately 7:10 p.m. Alcorn County Dispatch received a call that a male from Tippah County had been fishing in a boat on the Hatchie River and became stranded when his motor malfunctioned. The male had very little cell phone service but was able to text his girlfriend that he needed help.

With the assistance of MS Department of Wildlife officer Ben Houston and a local resident Mr. Tyler Franks, Deputies Macias and Webber began to search for the stranded male near CR 652 in Alcorn County. The officers walked approximately a mile and half on foot to the river.

The officers then assisted the male across the river and they were able to walk him out of the area. At approximately 10:00 p.m. the officers and the individual arrived back on CR 652 where the male was checked and cleared by EMS.