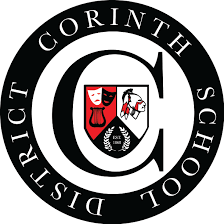 The State of Mississippi awarded several Missisippi school districts unofficial letter grades on Thursday, despite an effort from the schools to block such a move. Corinth school district was awarded a “C” rating.

Earlier in 2018 Mississippi implemented its state level version of the Every Student Succeeds Act (ESSA), a federal law that requires each state to assign a grade to every school. This grading is based on the Mississippi Academic Assessment Program (MAAP), the state test most schools in the state use.

Corinth uses the Cambridge Assessment International Education based curriculum and Cambridge assessments instead of MAAP. It has done so since being labelled a “District of Distinction” since 2016.

Due to the difference in curriculum and testing, Corinth argued that the letter grades would not be fair to its District. It wanted to be judged by the Cambridge curriculum it was using instead of MAAP. The State Board disagreed.