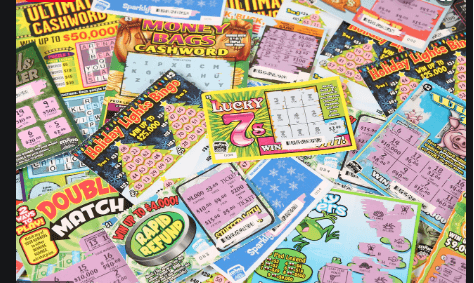 Through a little more than two months of operation, Mississippi’s lottery has generated about $16 million in revenue for work on the state’s roads and bridges.

Thomas Shaheen, president of the Mississippi Lottery Corporation, speaking at a legislative hearing, recently estimated  that during its first full fiscal year the lottery would generate $81 million in revenue for the state.

“We are very pleased with these early results,” Shaheen said recently. “Retailer and player support have been fantastic in our collective efforts to raise money for roads, bridges and education needs for the state of Mississippi.”

The Legislature approved the lottery during a 2018 August special session with the first $80 million in revenue to the state from the games earmarked for road and bridge needs on Mississippi highways. Any revenue generated more than $80 million will be directed to education.

There was skepticism at the time of how much revenue a lottery would generate in Mississippi since the state was one of the last in the nation to approve a lottery, The states remaining without a lottery are Alabama, Alaska Utah, Nevada and Hawaii.

The state is averaging about $10 million weekly in sales – making Mississippi sixth in the nation per capita in scratch-off sales.

State law limits administrative costs at 15 percent of the total revenue. But that limit does not apply during the early stages of establishing a lottery since the Lottery Corporation had to take out a loan to begin operation. No state funds were allocated for the start-up costs. Shaheen said administrative costs currently are about 18 percent of sales.

Mississippi’s embrace of the lottery has been quick despite opposition from various religious groups.

During the 2016 session, then-Gov. Phil Bryant voiced his opposition to the lottery. But during the political speakings at the annual Neshoba County Fair in the summer of 2016, then-Attorney General Jim Hood, who would become the eventual Democratic nominee for governor in 2019, touted the lottery as a method to address some of the state’s revenue issues.

But in Bryant’s 2017 State of the State speech in January, he embraced the lottery and in August 2018 called a special session to enact a lottery and other measures to provide funds for the state’s crumbling infrastructure system.

Many say those measures are not producing enough money to address those road and bridge woes that have been estimated at $400 million annually. But the special session did take the lottery, which was generally viewed as popular with voters, off the table as an election issue for Hood in his unsuccessful 2019 bid for governor.

While state leaders viewed the lottery as a method to generate revenue without raising taxes, others have said there are negative consequences associated with a lottery, such as siphoning disposable income from other items.

A 2017 study by the state’s University Research Center said, “The economic literature almost unanimously finds lotteries are regressive for those who play; that is, lower income individuals spend a larger percentage of their total income than higher income individuals. Moreover, surveys have found lottery participants in lower income brackets spend more total dollars per year on lottery purchases than participants in higher income brackets.”