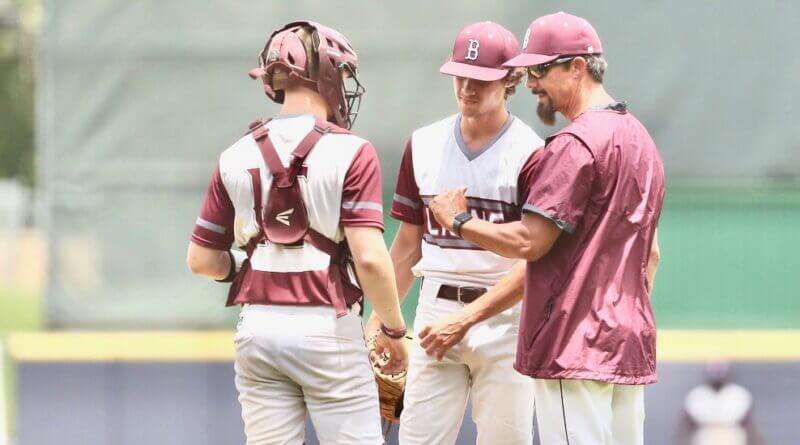 Biggersville didn’t come home with the win, but they have a lot to look forward to.

The Lions were swept this year by Resurrection in the state title series. It was a long weekend for the less experienced Lions. In both games Biggersville got behind early and just couldn’t get back over the hump.

Last year Resurrection was in the same shoes Biggersville was last week. They were facing a team who had been there before and had much experience. When they came in against the Lions this year they had a chip on their shoulder from losing to Tupelo Christian last season in the state championship. Sometimes it’s just hard to deny a team that has the taste in their mouth from the previous year. Biggersville held Resurrection to only one earned run both games. Their defense and pitching wasn’t bad at all this weekend.

“I think just not having the experience of being in a state championship game made a difference,” said Coach Daniel Rowsey. “Their pitching was good, but not unhittable. I think our guys were just a little too anxious at the plate. We definitely pitched it well enough to win both games. Holding them to one earned run both games is something nobody else has done all season. With only losing one senior, our expectations will definitely be high for next year.”

The Rowsey Brothers and the rest of the guys who pitched didn’t do a bad job. Resurrection was just hitting on all cylinders when they needed to. The lack of experience is what stopped the Lions from prevailing. When you get to that championship stage against a team that is experienced with being here and your team hasn’t been then it’s hard to come away with a win.

The hitting just wasn’t there last week. When you have a lot of young guys who are hungry to make plays they can sometime try to do too much at the plate. Waiting on perfect pitches, not getting basehits, swinging at the wrong pitches, etc. At the championship level of baseball you got to hit the ball. It will come a point where good pitching and good defense won’t be able to help you.

Biggersville will be a problem in the future for teams. With them returning all but one player next year the expectations are high. If they make it back to the championship next year look for them to have a chip on their shoulder. They will be more experienced and will work hard all summer to get better. This community isn’t a community that takes losses and roll with them. They will definitely be hungry to get back to the state championship. Tre Gunn, the Rowsey Brothers and Luke Overstreet all made all state. Everyone of them will be back next year determined to win a ring.

“With a normal group I’d think it would be difficult to keep them focused on getting back, but this group is different. They don’t worry about outside noise and pressures. They just come to work everyday.”