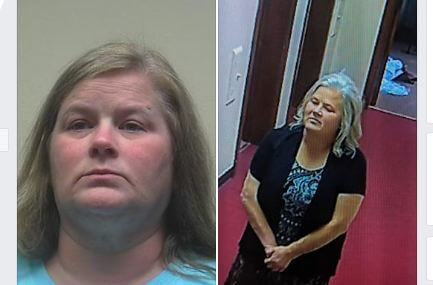 An Alcorn County woman has been charged with crashing multiple weddings and stealing gifts, according to police reports.

From the Florence Alabama Police:

(Florence, AL) – The Florence Police Department has made an arrest in the “Wedding Crasher” thefts. Sandra Lynn Henson (W/F, 09/25/1966) of RienzI, MS was arrested yesterday and charged with one (1) count of Theft of Property 3rd Degree and one (1) count of Theft of Property 4th Degree. These charges stem from the theft of gifts from two (2) local weddings. The arrest was made, in part, by a multitude of tips generated by extensive local and national media coverage.

In addition, Detective Josh Hein invested many hours conducting interviews and following up on leads. Henson turned herself into authorities at the Florence Police Department late Thursday afternoon and transferred to the Lauderdale County Detention Center where she posted bond in the amount of $2,500.00.

***All suspects are presumed innocent until proven guilty**